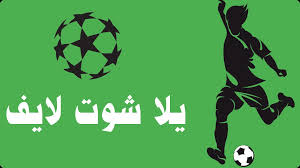 The first thing to think about when shooting Nikon D3400 video is sound. Sound is really really important when you are shooting video and the reason for that is that your brain is very good at putting together clips of visual imagery and making it into a story. we are visual animals and so consequently the brain is very attuned to that and is very skillful in that. When it comes to sound, if it is not good sound or consistent sound then it can be extremely distracting and you only have to listen to, say for example, a telephone conversation where the reception is poor or a radio station where you are not picking it up properly to realize how bad sound can be really distracting and actually really detrimental to the experience. So the objective when you are shooting a video is to produce good visuals but also good and consistent sound so that when people walk away from that video they feel that they have enjoyed the video and that the sound was not distracting and did not take away from the experience and make the whole thing seem rather amateurish.

The other thing that is really important when you are shooting d3400 video is to understand that you are liberated by the moving image. What I mean by that is that when you are shooting a still particularly if you are shooting a still that you want to tell a story, then you will try to get certain components of that story into the frame, because those components in that frame and where they are positioned in that frame will help in that storytelling process. When you are shooting video you can have various components of the story, but not necessarily in the frame at the same time, because you can move the camera and the video will move with it from one component to the other and so, in doing so, bring those two components together. But they do not have to be in the frame at the same time. That is a really interesting skill to try to develop and it really brings your videography up to a much higher level, but it is something that for a stills photographer can be quite difficult to understand and quite difficult really to execute very well. Those are the two elements – sound and composition – which you will need to explore further and consider more when you are shooting video than when you are normally shooting stills.

So lets now take a look at the camera and see how we can prepare it to shoot videos. First of all we switch it on and we open up the lens. Now the interesting thing about this camera, unlike some other cameras, is it doesn’t have a specific video mode on the MODE DIAL. What that means is that you can shoot video in pretty much any of the modes. In some cases it does not make a great deal of difference and in others it makes a little difference. I would recommend really that you either leave it on AUTO or you leave it on MANUAL because when it comes to video modes you either have an automatic mode, which essentially does everything for you, or you switch it over to manual where you can have much more control.

I am going to switch it on to Auto initially so that we can have a look through that. So يلا شوت  having switched the camera on then I go into menus and if I go into the SHOOTING MENU and at the bottom option there are MOVIE SETTINGS. These are the only settings which are specifically for shooting video and they are all in one place. If I go into that then I have various options – frame size and frame rate, movie quality. the microphone, wind noise reduction and manual movie settings. Lets start from the beginning and have a look at frame size and frame rate. If I click on there there is a long list of different frame rates and frame sizes. It is useful at this point to explain where they come from and how important they actually are. So 1920 x 1080 is Full HD and is probably about the best quality you can shoot on a DSLR at the moment outside of 4k, which is the revolutionary new system which not many people are using. Certainly in terms of social media – YouTube or Vimeo or any of those platforms – they are more than happy to take 1920 x 1080 and in fact they are more than happy to take also the one down towards the bottom here which is 1280 x 720. 1280 x 720 is called HD and 1920 x 1080 is called Full HD, so they are the frame sizes. If you like they they reflect the similar parameters to the file size of a still image so 1920 x 1080 is larger than 1280 x 720.

The next choice in the Nikon d3400 video settings is the frame rate. Now you have various frame rates here and they are different for different reasons. I am going to put this camera down and try and explain first of all why you have 60 and 30 frames per second and 50 and 25 frames per second, because whilst it might not seem terribly important it can be. These refer to television systems and in the United States there is a system called NTSC and NTSC runs at 60 Hertz. In Europe predominantly and also other parts of the world there is a system called PAL and PAL runs at 50 Hertz.

So if we now come out of frame size and frame rate, the next one down is MOVIE QUALITY and that option is either HIGH or NORMAL. Obviously, I would recommend that you choose high quality. The important thing to remember here is that, regardless of whether you shoot 60 or 30 frames per second, you are going to use a large amount of space on your memory cards, so an ordinary memory card when you are shooting video would be minimum size I would say 16 gigabytes and probably you will be looking at 32 gigabytes. Below that is MICROPHONE. As you probably know this camera does not have an external microphone socket. It does have an internal microphone and that is here and in fact it is not too bad. If we go into the microphone settings then we have three choices: the first one is MICROPHONE OFF which I do not recommend even if you do not really intend to run the sound. The reason is that having the microphone on and therefore having sound on your video even when you are editing can be useful because it can help you remember which clip is which. Then the other two settings are AUTO SENSITIVITY and MANUAL SENSITIVITY. Then the bottom option is MANUAL MOVIE SETTINGS. As I said right at the beginning you can shoot on auto or on manual settings on this camera. However, if you do not switch manual movie settings on here, then even if you switch around to manual settings, it will still run on auto settings because you have not told the camera that you want it to run on manual settings.